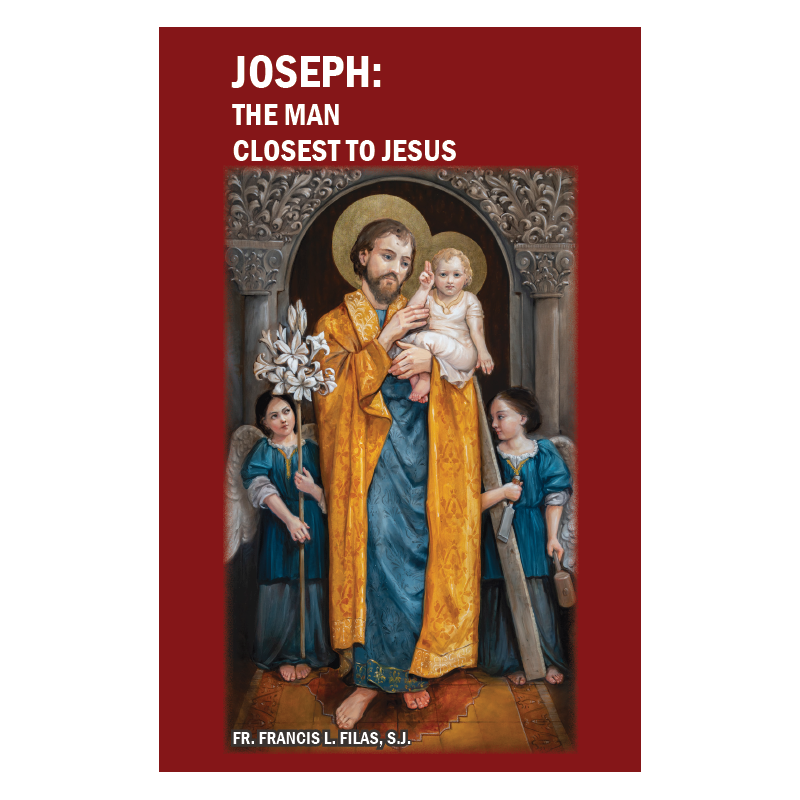 Joseph: The Man Closest To Jesus

JOSEPH: THE MAN CLOSEST TO JESUS by Francis L. Filas, S.J.  Never before has all this wealth of intensely interesting and little-known facts about St. Joseph been compiled into a single book. This can truly be called a “little Summa” of St. Joseph, as the only source existing in any language of the complete life, theology and devotional history of St. Joseph. Four previous books of Father Filas are the basis of the present Joseph: The Man Closest to Jesus. Complete revision, expansion of all material that needed updating, and the re-issuance of earlier sections of permanent value make it possible to offer this full thesaurus of facts (sometimes published here for the first time in English) about St. Joseph.

The present book is composed of six units. The first analyzes the source material for our knowledge of St. Joseph; the second develops what we can know about St. Joseph’s ancestry, his relationships to other biblical figures, his trade, and his age when he married Our Lady. The third unit is completely devoted to questions concerning his marriage, such as the question of its genuinity, and St. Joseph’s doubt over Mary. In the fourth unit, we are presented with Father Filas’ comprehensive survey of Joseph’s fatherly relationship to Jesus. The fifth section takes up topics of Joseph’s dignity, holiness, supernatural privileges, patronage, and possible advancement in the liturgy. The concluding section surveys the complete history of the devotion to St. Joseph, from the earliest years of the Church to 1962, and quotes (with accompanying commentary) all modern papal pronouncements concerning St. Joseph.

An appendix offers a new translation of all indulgenced and other new prayers honoring St. Joseph. Fully indexed for handy reference.

Described by the Oratory Magazine of St. Joseph’s Oratory, Montreal, as “one who has probably said more about St. Joseph than any other man in history,” Father Francis L. Filas, S.J. was born in Cicero, Illinois, in 1915, entered the Society of Jesus at the age of 17, and was ordained in 1945.  Later studies and teaching took him to the University of Detroit, where he pioneered in introducing the Cana Conference movement for the husbands and wives in the Detroit area. In 1950 he was stationed at Loyola University, Chicago, and in 1959 was the chairman of its department of theology.   His interests in family life have appeared in lectures to parents’ groups or as a member of the board of Cana Conferences conductors in the Archdiocese of Chicago.  He spoke before more the 140,000 husbands and wives or couples preparing for marriage.

During the course of his Jesuit studies he became interested in the history of the devotion to St. Joseph, an interest that has led to the publication of six of his eight books, four pamphlets, and numerous articles about the Saint. He was also known to television viewers for his educational and religious telecasts, chief among which was the annual Good Friday “Shroud of Turin,” which was presented regularly since 1951.  Already seen nationally by 36,00,000 viewers, this was chosen by Time magazine as one of the outstanding telecasts of the Easter weekend.  Time also called Father Filas “spark plug of the international campaign” to put St. Joseph’s name in the Mass.  Father Filas died on February 15, 1985.