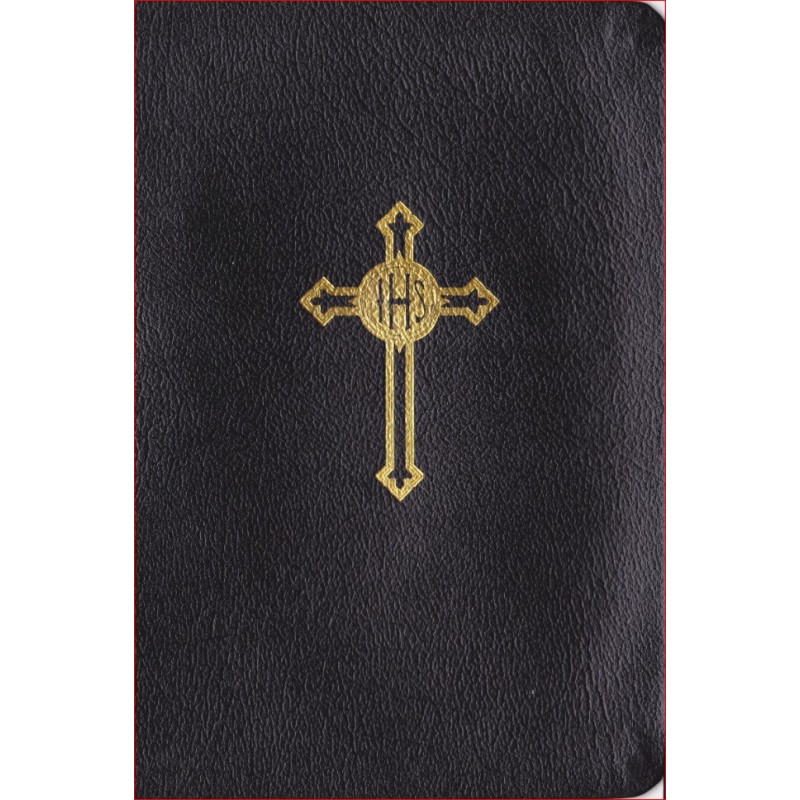 Designed to Aid Parish Priests in the Regular Exercise

of the Pastoral Ministry

In December of 2017, we were approached by a seminarian on behalf of some priests, who were looking for a travel-size Ritual for the administration of the most important and most frequently used ceremonies, devotions and sacraments in the traditional rite. The seminarian had a scanned copy of the 1962 Parish Ritual originally edited by Father Frederick McManus and Father Bede Babo, O.S.B. Certain changes, however, were requested so that the book would conform to the more traditional Psalms and other Scriptural translations.  We took out the 1945 Pian Psalter and replaced it with the Vulgate Psalter of St. Jerome, whenever the psalms were used in the Ritual.  And for the Confraternity Scriptural texts, we used the Douay-Rheims translations instead. We also reset the Gregorian chant notes so that they are clearer and easier to read.

This liturgical book is a new version of the Ritual that is similar to what was called the Collectio Rituum, having most of the features of that book. Moreover, we added an extra appendix which was not in the original. This Latin/English Ritual will certainly be a benefit for all priests who wish to have a useful travel-size book.

Administration of Holy Communion outside of Mass: 121-124

longer act of Consecration of the Sacred Heart: 1*-16*