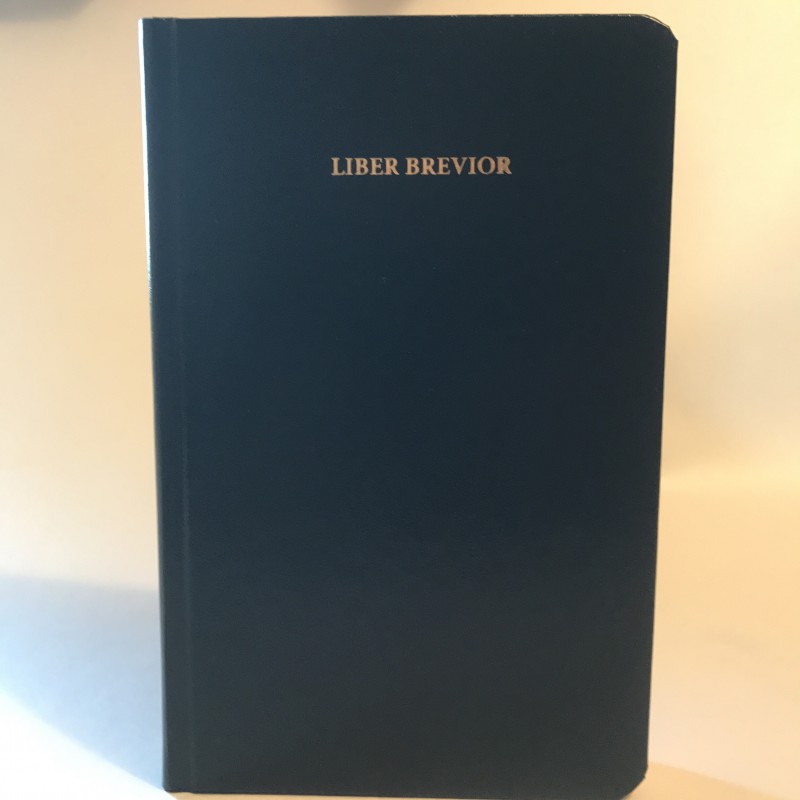 [Everyone familiar with singing Gregorian Chant knows about the big book called the Liber Usualis. It has been the standard book for chant since around 1904 when it first came out. It contains almost everything one would need to sing the Divine Office as well as the daily and Sunday Masses. But it is a very large and heavy book. Certainly this book is a must for those who chant the Divine Office in choir. But what about the average traditional choirs in churches, chapels and schools? Enter the Liber Brevior. In response to the demand of some for a book that would include the ordinary sung portions of the Mass (Kyrie, Gloria, etc.) as well as the daily changing parts (the propers), the Desclée publishing house in Belgium and the Gregorian Institute of America in 1954 came out with the Liber Brevior to meet the needs of those who wished to sing Gregorian Chant, but did not need those parts pertaining to the Divine Office. We at PCP have reprinted this book to the closest specifications of the original as possible. As a matter of fact, even the two ribbons are the same color as the original edition. The size and cover texture match the original to such a degree that it would be hard to tell the difference between an original Liber Brevior and our reprinted version. In this reprinting however we have white round edges instead of red edges as the original had. Our other listing for this same book has the red edges. This reprinted edition has a supplement with five Masses that were not included in the 1954 edition   St. Joseph the Worker, the Queenship of Mary, St. Pius X, the North American Martyrs & Our Lady of Guadalupe. Also we added a supplement to the Feast of the Immaculate Heart of Mary for those who want to use it as a votive Mass during Paschal time. And we updated the moveable feast chart that goes up to the year 2051. More importantly, we tried to correct all the mistakes of the original 1954 edition since over the years of using this book we found that the original had incorrect word to note correspondence in some places. In the back section of the book there is another set of Graduals, Alleluias and Tracts in a simpler Gregorian Chant tone arrangement of the same music. Teachers will love this book for it does away with having to photocopy pages for students; each student can have his or her own copy.]