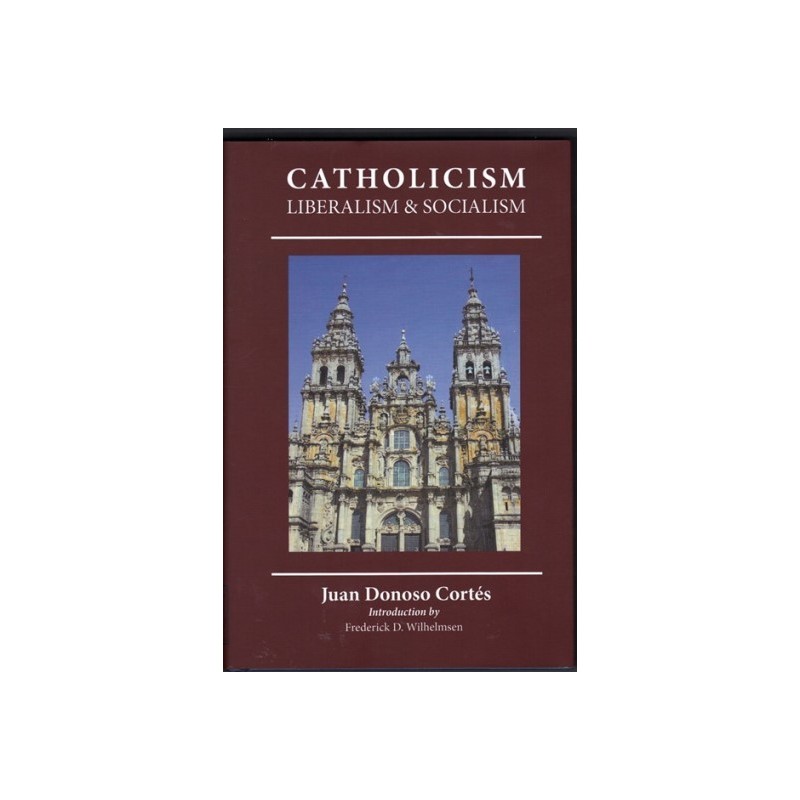 Essay on Catholicism, Liberalism, and Socialism: Considered in Their Fundamental Principles

If there are certain individuals in history who may be labelled as a “prophet”, we may well be able to apply this title to Donoso Cortes [1800-1853]. In reading his Essay on Catholicism, he illuminates the world in which we currently live, a world which is a little more than spinning out of control at this time. And this world is a result, as predicted by our author, of the lack of order introduced into the West with the French Revolution. Originally published in 1851, he foresaw the rise of the Russian Bear that would sow its erroneous thinking in the West; and consequently that would lead to the destruction of the man’s relation to God and the Church. From there religion would be reduced to the confines of the church building, denying the Catholic Faith her civilizing role in the world. Catholicism, Liberalism and Socialism was written at the instance of Louis Veuillot, the great French apologist who befriended Donoso Cortes.  In summary, the book exposes the impotence of all human systems of philosophy to solve the problem of human destiny and the absolute dependence of humanity upon the Catholic Church for its social and political salvation. This is a timely book for our age that proposes the solution for our reckless destruction of our Western Christian Civilization. His book remains to-day one of the most brilliant and profound expositions of the influence of Catholic truth upon human society. Product # 63282.