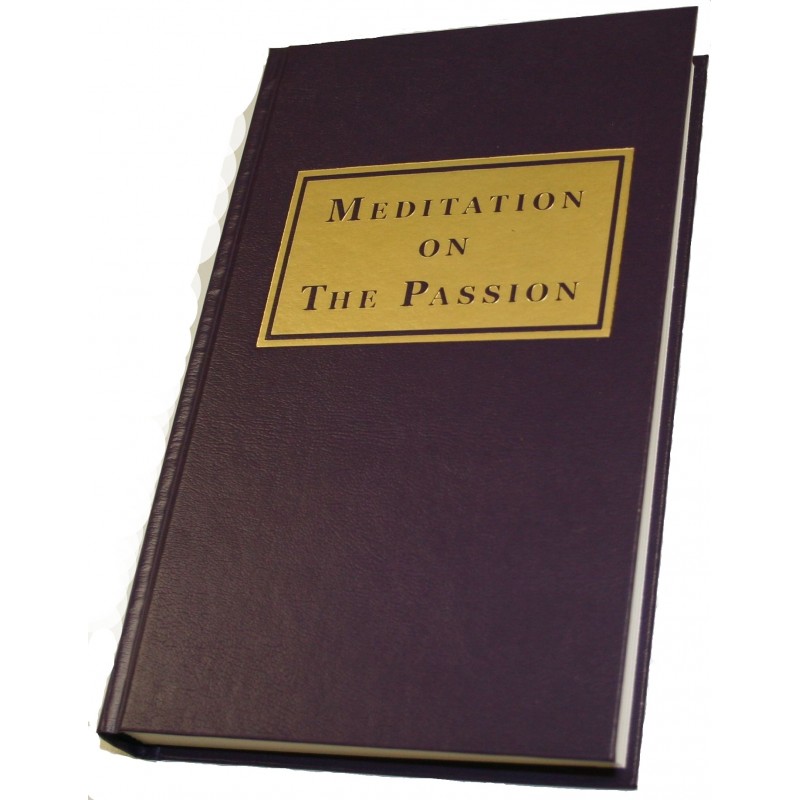 Meditation on the Passion

Among the many subjects proposed by the Church to us for mental prayer, there is none more profitable than the sublime mystery of Calvary.

Meditation on the Passion
Compiled from various sources, with an introduction by Fr Reginald Walsh, reprint of the 1922 edition. Among the many subjects proposed by the Church to us for mental prayer, there is none more profitable than the sublime mystery of Calvary. For even where everything is supremely holy—namely, in the actions of Him Who is the way, and the truth, and the life—the Passion is the culmination of sanctity, the highest exercise of virtue, the greatest cause of merit. Hence devout meditation on it produces most abund­ant fruit in souls. And for this reason, Saints and Doctors of the Church—those who are specially enlightened, those who spoke from experience, those who are our best guides in the spiritual life—with one accord praise and glorify it... A Member of the Institute of the Blessed Virgin Mary, who, as Mistress of Novices for about thirty years, had gained great experience in the formation of religious as well as in the varied requirements of conventional life, proposed by means of this book to impart to her Sisters the fruit of her own reflections on the Passion, which one so spiritual and enlightened was exceptionally fitted to compile. As might have been anticipated, the excellence of the work, which she had intended for the use of her Sisters, in course of time became known to several persons, in one or other way connected with the Institute of the Blessed Virgin. And among them, some are of opinion that this treasure should no longer be allowed to remain almost hidden in the cloister. They have represented that outside the convents of the Institute there are many devout souls to whom the Meditation would be most acceptable. In accordance with their suggestion, and in compliance with their wish, it is now reprinted. 305 pages.